NOTE: I do not know why all the photos are now half the size they used to be.  I tried but failed to change their size on the wordpress site.  Just letting you know.

Last Friday, May 15th, was Mur and Patsy’s 50th anniversary.  I believe (though not entirely confirmed) that it was Norm and Joan’s 30th!  I was reminded of Mom and Dad’s 50th celebrated here 15 years ago with a double family reunion.  Lots of good memories here at the Hawood Inn.  We celebrate our anniv on June 2nd with dinner here every year. 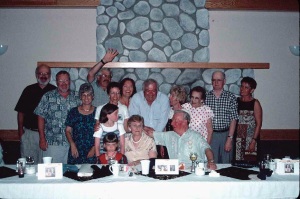 That’s Mom & Dad sitting – with Lloyd’s family.  Mur is the guy in the white shirt behind Mom, Pats to his right.  Lloyd is Mom’s brother, 2nd from right.  We just had dinner in Swift with Karen (far right)!

Tuesday, May 19:  Most of the campers from the long weekend have left and it is nice and quiet at Waskesiu!  Yay! Unforunately, it is also quiet in the woods, since the majority of the birds have yet to arrive.

We set off for Waskesiu River which has a lovely boardwalk along one side.  There are usually lots of warblers here, as well as some waterfowl. 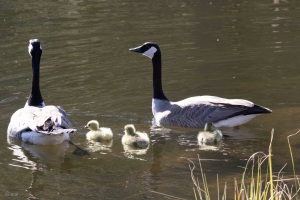 A family of Canada Geese greeted us as we crossed the bridge. 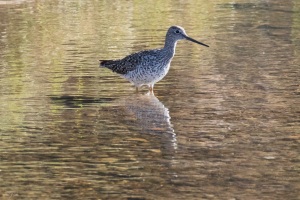 We saw this Greater Yellowlegs (though you can’t see much of his yellow legs) and it was joined by another, then another! 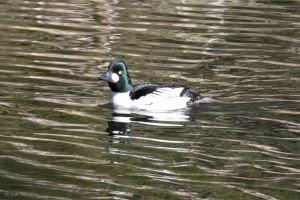 Common Goldeneye are plentiful on the river.  This one shows why he has the name with his golden eye glowing in the sun – along with his glossy green head. 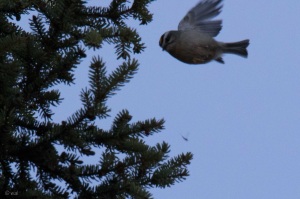 One new bird was this Golden-crowned Kinglet.  Very difficult to photograph as it flitted high in the trees, but this lucky shot shows just manages to reveal it’s golden crown.  (You may have to zoom in!) 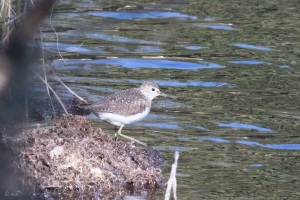 A Spotted Sandpiper, also a regular here, was “spotted” along the shore. 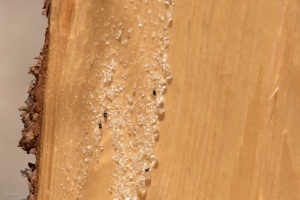 We also walked down by the lake in case a few shorebirds straggled along the shore.  Nothing in that regard, but a broken tree with sap glistening in the sun attracted some small insects.  Also observed a Brown Creeper which didn’t stay in one place long enough for a pic.

May 20: Off to Spruce River where a few new warblers were coming thru.  An absolutely gorgeous day with high 22C and low wind. 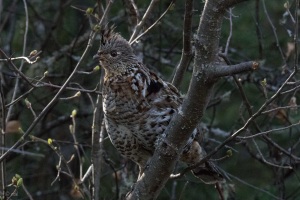 I don’t know how Bill spotted this bird – but it is a Ruffed Grouse sitting in a tree!  This seen along the side of the road as he was driving! 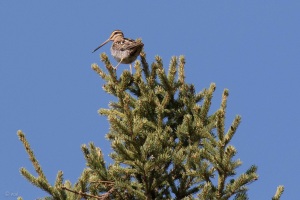 One of the first sounds was a Wilson’s Snipe calling.  It took us awhile to locate him, sitting in one of the tallest firs around!  His calling went on most of the time we were there (over an hour).  Love struck!

Our first new warbler was a Wilson’s.  This little yellow guy with a black cap looked a bit “punk” with his feathers blowing up behind the cap! 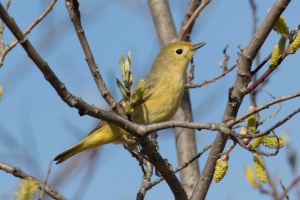 An Orange-crowned Warbler perfectly matches the color of the catkins. 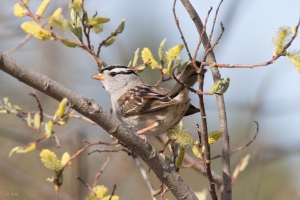 A White-crowned Sparrow is one of the most common sprrows we see in AZ in the winter – extremely plentiful.  But it doesn’t nest here – further north! 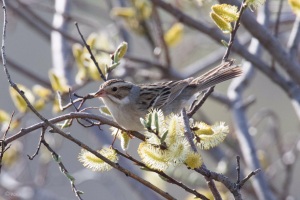 But this Clay-colored Sparrow nests right here and was busy singing it’s little buzzy song!  It always seemed sad to me that it has such a dull name, when it really has such lovely markings!

We stopped at a couple of our other regular spots before heading home. 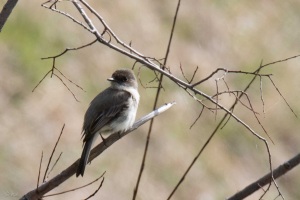 We were rewarded with this Eastern Phoebe flycatching at one place.  I guess it’s an indication of why so few birds are back yet – the mosquitoes aren’t really out yet! 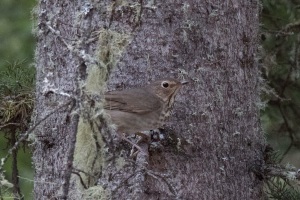 At a road which goes in a back way to the Spruce River we finally found our first thrush – Swainson’s.  Also spotted a Black-backed Woodpecker, but it was chased away by “something”, so we didn’t get a photo.  Usually they are pretty slow moving and easy to shoot.

We did the walk by the lake once more, to see if anything new had shown up.  Not much happening once again, but… 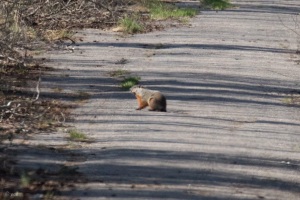 This groundhog ran away down the path from us.  This for the record.  We’ve seen 1 black bear only so far.  Lots of elk around this campsite – right next to the trailer.  The girls don’t really know what to do with elk – just bugs and birds which they stalk.

Friday, May 22nd:  Another scorcher today – high 28C!!  Off to Mud Ck. hoping more warblers have returned.  It was hot and windy, though only forecast to be light winds around 10 kph!  Heard a Bay-breasted Warbler way up high, but it never came close enough to see, nevermind photograph. 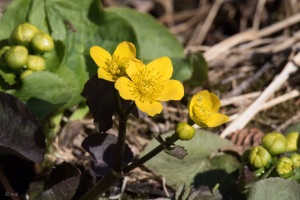 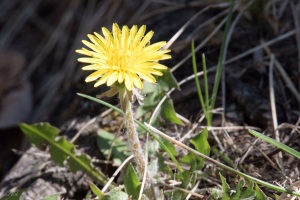 Something which did show off for a photo was this marsh marigold.  It will soon be thick in the swampy area with them.  They are outstanding!  The only other yellow flower was a dandilion, which is beautiful despite its pariah-like status! 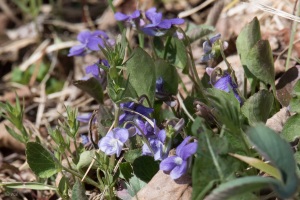 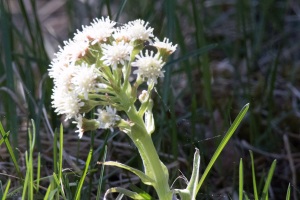 At least the flowers stayed put for photos.  Here are early blue violets (also saw the white ones, Western Canada violets I think).  Here is a white flower which seems to grow in damp areas, thought not quite bog.  No idea what it is – tried and failed to find it on google.  WAIT – HEARD FROM MOE MAY 27 – COLTSFOOT! 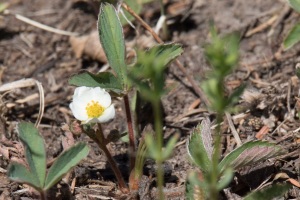 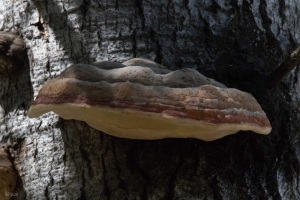 The first strawberry flowers showed up.  This bracket fungus – which I think is beautiful is about 5″ across.

The only birds we got a pretty good shot of were: 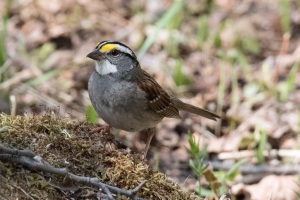 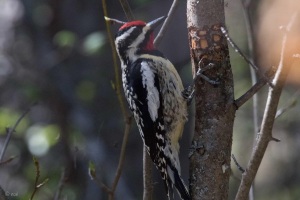 White-throated Sparrow and Yellow-bellied Sapsucker.  What a pair of handsome devils, eh?

Moe & Marg have arrived today, so we’ll go birding with them tomorrow and we’ve invited them to dinner.  More later!