With such a late start to spring, it seems we’ve just begun our trip when we have to leave!  We love it so much!

Thursday, June 4th:  A gorgeous day – sunny, high 24C, winds to 15 kph.  However, the winds were very light for the morning of our walk down the trail.  One can drive to an area of Spruce River off the main highway.  Apparently there’s been a huge hatching of horseflies, as they’re buzzing everywhere. 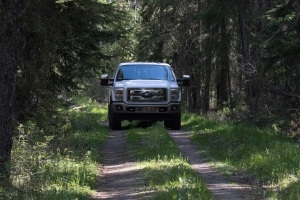 They seem to be attracted to our white truck!  I’ve heard insects like light colors – maybe this proves it?  (I don’t mean for your to see horseflies – I just liked the photo of our truck.)

We chased down a Winter Wren again, but Bill couldn’t get a shot worth much.  No thrushes around today unfortunately.  After the Winter Wren song, thrushes have one of the most ethereal, beautiful songs in birdland, I think. 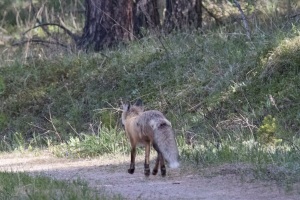 We had another red fox encounter here.  I just saw him go off the road and when we looked for him, he was leaving the way we’d come.

It was very funny to be walking along and getting text messages while we are birding!  One was from Don (who just visited) to wish us good birding for the rest of our time.  I responded that a Broad-winged Hawk had just flown over – a new bird!  Then one from cousin Karen, who wished me belated happy anniversary and asked if we’d like to join them for lunch at the Maple Ck. Winery on the 10th! 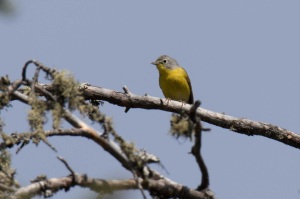 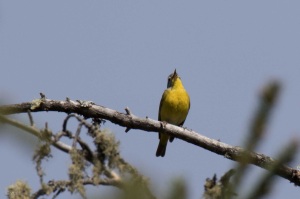 Our quest for a photo of the Nashville Warbler yielded these results.  Good view of gray head and yellow underbody.  Also singing its song!

Besides a large hatch of horseflies, there are more and more dragonflies with those delicate and beautiful wings. 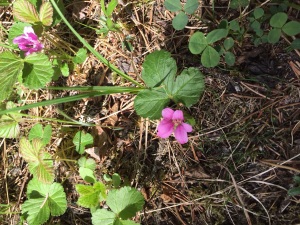 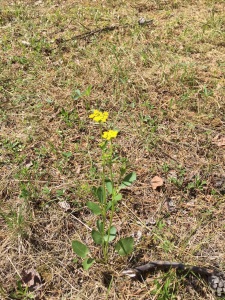 There are some lovely wildflowers just starting.  I’m hoping for more at Cypress Hills, but I’ve seen this pink one each time we go on this path.  The yellow isn’t quite open. 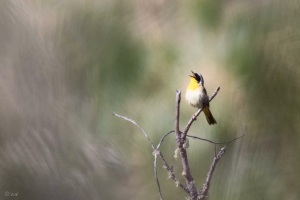 Another hope was to spot a Common Yellowthroat singing, and staying put for a photo.  Ta-da!  He sings “witchety-witchery-witchety”.  This little “bandit” is such a cutie patootie and was Bill’s nemesis bird for many years (before I knew him) when he would hear it but never see it!  So, take that you little Yellowthroat!

Friday, June 5th:  Last walk at Mud Ck.  A calm but cloudy morning with forecast of thunder showers this afternoon.  The birds were very quiet – not even a Tennessee Warbler in the beginning.  The call of a loon was haunting from nearby as we walked the path edging the lake. 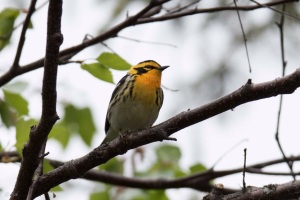 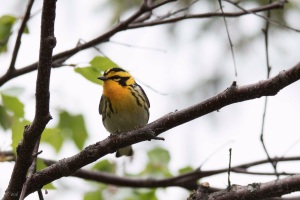 Our first signting was a Blackburninn Warbler – always worth another shot or 2. 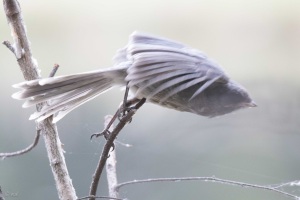 While Bill was making adjutments to his camera, this Gray Jay landed nearby, then took off. 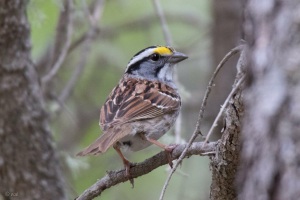 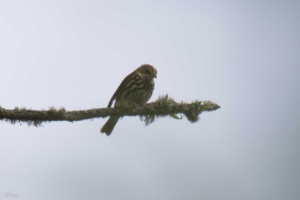 We spent awhile looking for this bird, which we’ve been trying to photograph – Ovenbird.  Not a very good shot, but a record at least.  He says:  teacher–teacher–teacher-TEACHER-TEACHER – getting louder and louder.

Bill isn’t much for wildflowers – sometimes I ask him to take photos for me.  This however, is his favourite flower (declared many years ago when we were first dating) – blue-eyed grass.  Lately, I’ve just been using the iPhone (yeah, I know you can tell) but this blog is for my enjoyment, not just his.  He also sometimes objects to the bird photos I choose and would like to strongly declare that the shots I choose are my choice – not necessarily the ones he would choose!  So now I’ve made it perfectly clear!

Saturday, June 6th:  Last day here.  It rained overnight – more relief for the drought-stricken area.  Not widespread however.  Laundry and cleaning, but we got out for 2 short walks this morning.  The end of Waskesiu Drive netted our long sought-after Mourning Warbler, though no picture.

At Waskesiu River boardwalk we saw a mink run across the road just as we got there.  Waterfowl was all Bill was able to photograph. 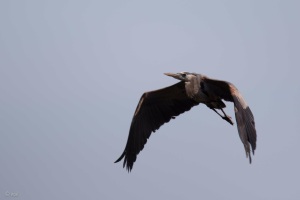 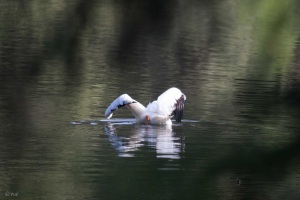 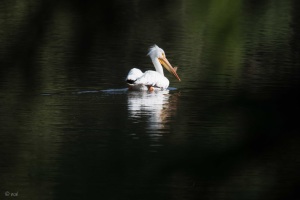 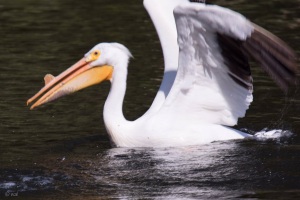 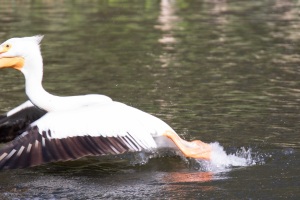 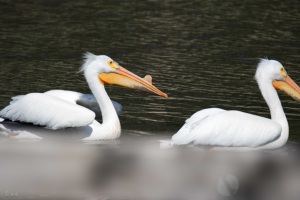 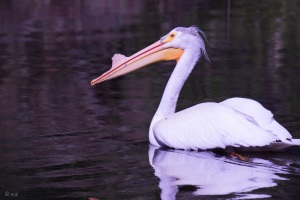 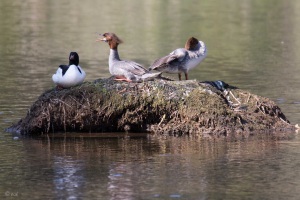 This group of Common Mergansers started out as just 1 male and 1 female.  Then along came another female.  At first we thought the male would chase her off, but she eventually climbed up on the mound where the other one was lying (we thought on a nest) – then up came the male!  There seems to be some consternation, but I guess a truce was called! 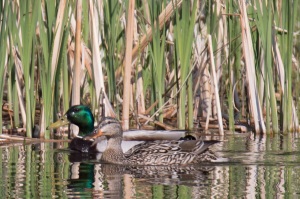 I guess this pair of mallards isn’t on a nest yet. 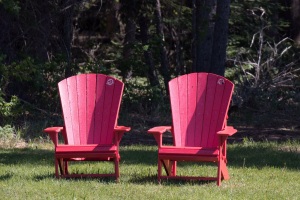 We leave two empty chairs for the next folk.

1 Response to The last of Waskesiu (boo hoo hoo)