About an 8 hour trip to Fayetteville (long!), with stops for “rest”, lunch, etc.  Weather forecast wasn’t very good & it did indeed rain nearly the whole time we were there.  However, Jerry & Dale’s warm hospitality totally negated the wet weather, thank goodness!

Here’s our rig in front of their home in the circular drive.  We left the kitties in the trailer & slept in the beautiful guest quarters with ensuite & all the amenities.  It is a gorgeous home – sort of a southern mansion – with a beautiful glassed in sunporch at the back with a view of a lush forest.

Here is the whole house from the front.  A swimming pool is off to the left side.  The drive is covered with pine straw.  I didn’t know what that was until we got here.  The long-leaf pine tree (which is also home to the elusive & rare Red-cockaded Woodpecker) sheds its leaves (needles) & that reddish “straw” is used in many ways.

We haven’t spent much time with Dale & Jerry together – just brief get-togethers at various LW functions.  We did have Jerry to dinner at our place in Calgary once, but Dale wasn’t there.  They run the LivingWorks US operation & do a bang-up job.

Jerry & I had been emailing each other along the road about dinner.  I wanted to be sure to let them know NOT to make dessert (due to my diabetes & Bill trying to watch his sugar as well).  We asked for ribs, which is one of Jerry’s specialties, so were looking foward to that.  He also asked if we liked Brunswick Stew.  I had never heard of it, but googled it to find out what it was. A light vegatable stew with some type of meat shredded into it.  Said it went well with BBQ – although I thought it odd to have 2 types of meat for dinner!  Well – we found out they were trying to avoid giving us anything with sugar (e.g. the dry-rub & BBQ sauce on the ribs) so made the stew only.  Bill didn’t like it much, but ate a bit.  I liked it fine & would eat it again any time.  But at dinner all we did was “rib” them about not making ribs.  Then we find out Dale doesn’t even know that we’re staying another night!  That was it – Jerry ran out & bought ribs & made his dry-rub to let them sit overnight.

We walked with both of them for awhile the next morning then Jerry returned to the house to work on the ribs.  He lit the smoker up (with his own supply of wild cherry wood & hickory) & cooked those suckers for 6 hours.  We continued our walk in the rain with Dale – for about 3 hours!  After a big nap (for Bill)  we got ready for dinner.

Here’s Bill helping with the cooking (well, not really, he just thought it wouold make a good photo if it looked like he was contributing).  Jerry is preparing the asparagus for grilling.

Once things were mostly looked after, we sat & relaxed in the living room while Dale still slaved in the kitchen.  That’s Lucky the cat on Jerry’s lap, enjoying the affection. 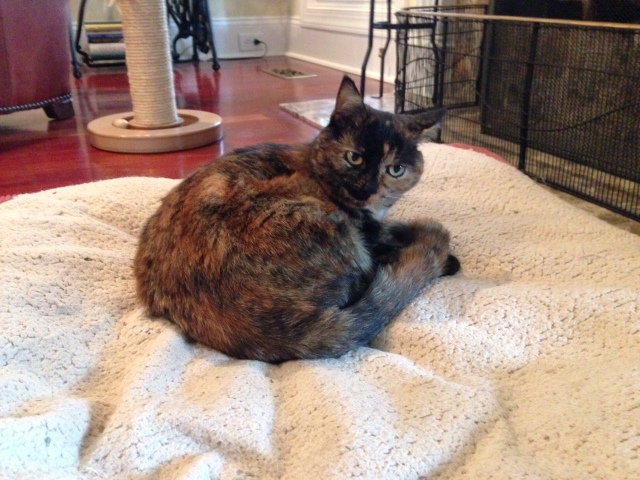 It may be hard to see what Lucky looks like.  Here’s a photo of her on her own.  See those  big golden eyes?  She has lots of interesting markings.

They have 2 cats, but we didn’t see Willy.  He is a Turkish Van cat & was found almost completely black out on the road!  Poor little thing.  Another rescue by the Swanners.  He is very shy & was nowhere to be seen by us the whole time.  They also have a dog – big German Shepherd who is very sweet too. 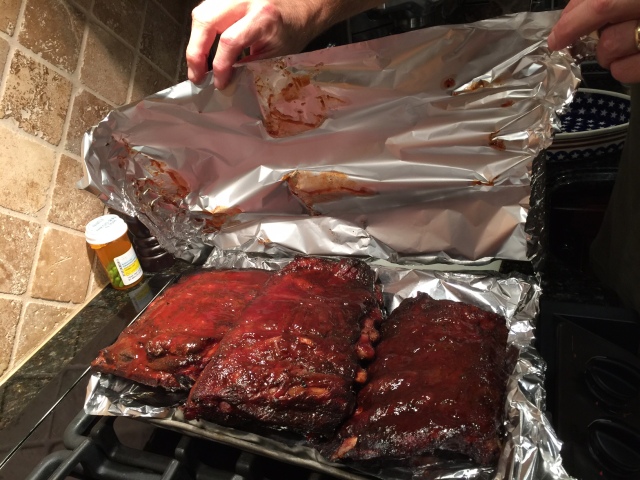 Then it was dinner time – no more ribbing – the ribs are here! 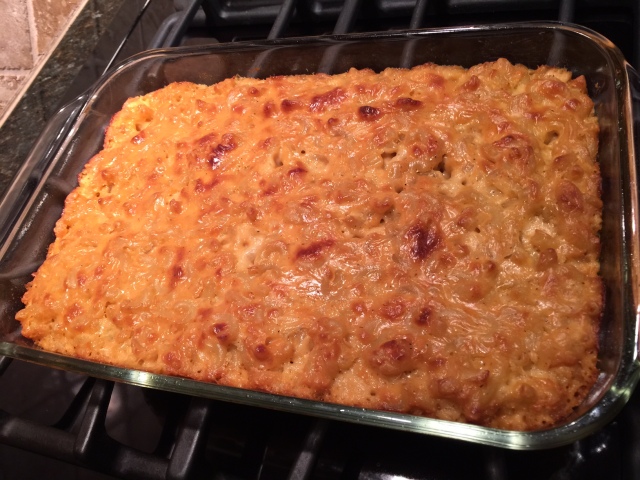 So is the mac’n’cheese! 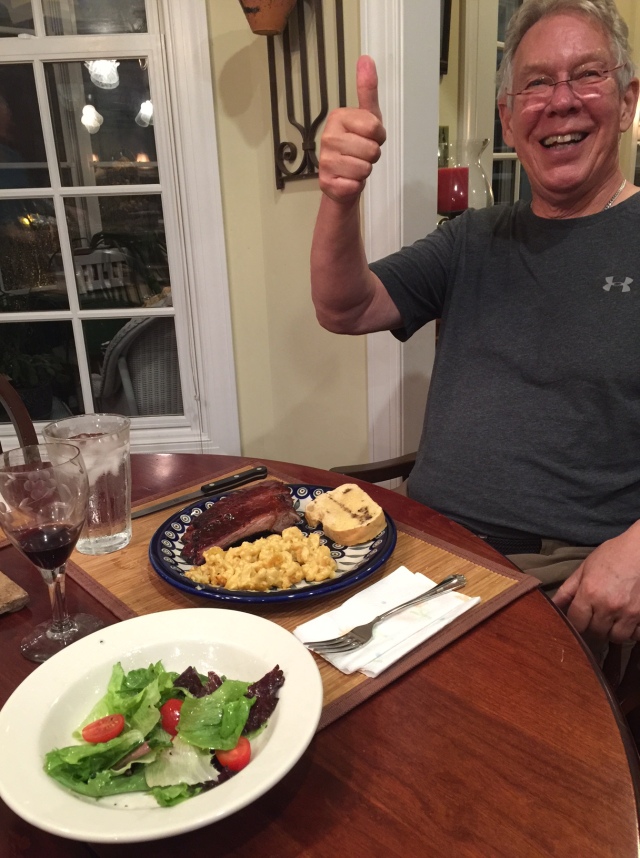 We had a wonderful time.  That Dale has a wicked & sophisticated sense of humor – let me tell, you can’t get away with anything around her!  Jerry is simply a sweetheart.  What a wonderful couple – we enjoyed our time with them immensely & felt right at home from the very beginning. 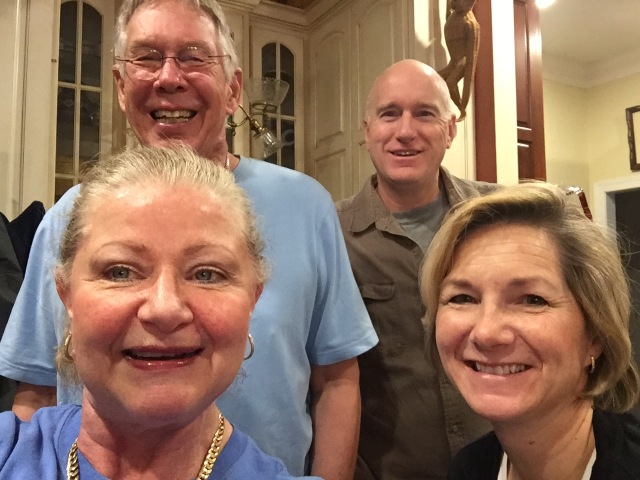