We had a very exciting day yesterday!  First, in the morning we trotted off to Patagonia Lake with our high rubber boots on (since it had poured rain the last couple of days.  It was cool, but when the sun broke through the clouds, warmed up considerably.  High was around 15 C.  Here are a couple of dramatic photos of the clouds. 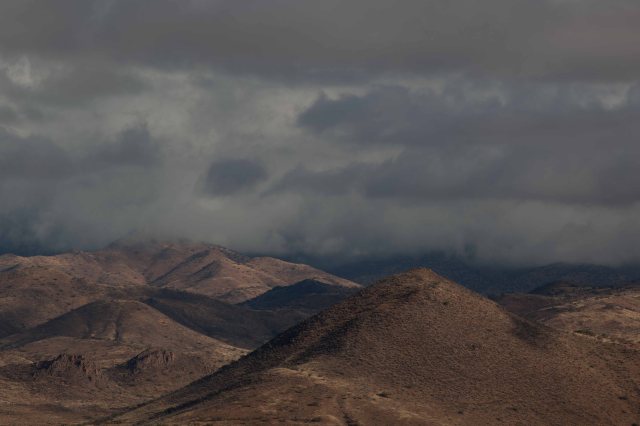 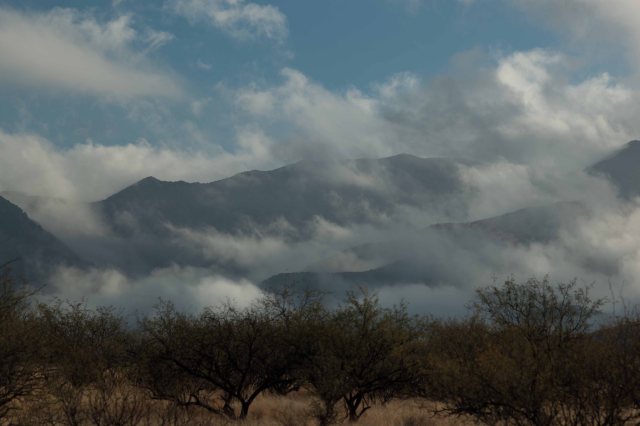 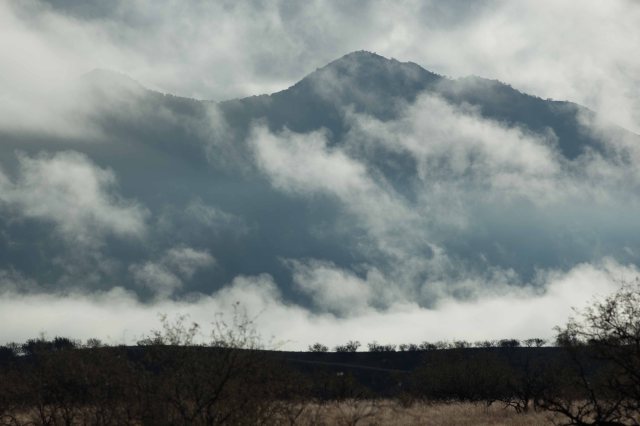 The campground was a little quieter than usual for a Sunday – probably due to the weather.  All that moisture & sure enough we saw quite a few of these.

There was lots of bird activity & I was lucky to spot this shape high in the trees (since I was looking for bird shapes – specifically a Trogon!).  Great Horned Owl.

Lots of flycatchers including one of our favourites – Black Phoebe.  Also a close relative, the Says Phoebe (Jackie these are for you!)

Along the edge of the lake we found a not-so-shy (as we’re used to) Great Blue Heron – such a lovely bird! 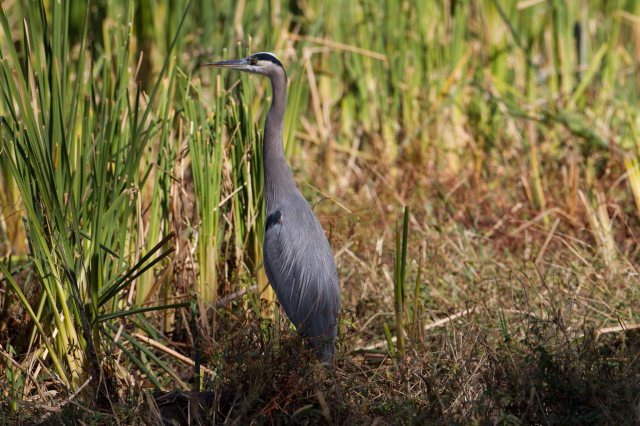 We saw a few other birders out & about, likely hunting for the Trogon.  Two guys with big lenses (not as big as Bill’s – HA!), don’t know if they found it.  But we DID – YAY!  It was very active flycatching high in the trees, not sitting still for long, so not a very good shot – just one for the record.  We had a couple more quick views, but it didn’t stay nearby.

After we got back, Bill watched some football on TV – his Dallas Cowboys won – and the Roughriders won the Grey Cup – YAHOO!

About 4 PM a new RV arrived in the park (from California) & situated itself up near the road – as it happened a very lucky thing!  A fire started behind its fridge (found this out later on).  Here are a few shots of this motor home going up – since it took awhile for the local (probably volunteer) fire-fighters to arrive.  You can see the edge of our Airstream in the foreground.  There were a couple of explosions, so we got the cats out & put them in the truck & moved the truck back – hoped like hell it didn’t move towards us! 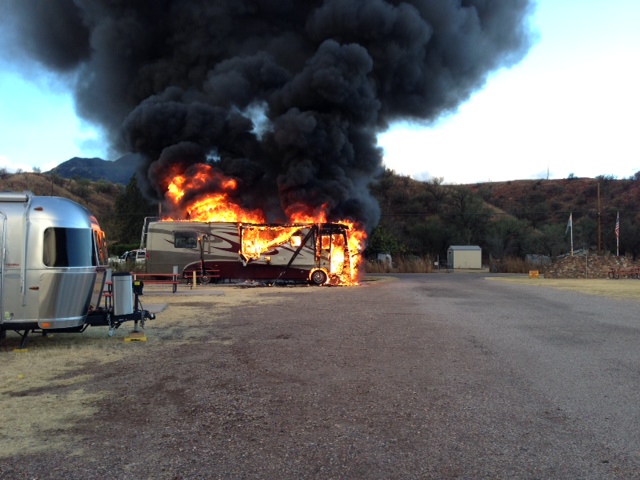 Photos above taken with my iPhone – so not the greatest, but you can see the progression here.  This one below was taken this morning by Bill from the road, back towards the park, showing the Airstream just on the left.  Thank God it wasn’t windy, that no trees caught fire & that it didn’t burn the power lines!  Luckily these people (who had kids) had family & friends nearby, who took them in & helped them get sorted out.

Apparently another RV caught fire a couple of years ago, next to the road & burned down Mike’s RV sign & also the power lines, so they had no power!  Found this out this morning from Mike, who owns the park.