Sick as a dog!

Yup my poor Billy Boy – felt he was getting a little cold early last week but by Thursday, he was flat in bed all day.  Then all day Friday and Saturday.  A terrible cough and cold had taken him down.  Then Saturday I felt like I was coming down with something – headache, stomach cramps and lethargy.  But Sunday I felt much better – thank goodness, because if the cook goes down – who knows what will happen!

On Friday I took a little walk around the path and added another species to our list – Lark Sparrow – so we now have 30 in this RV park.

Sunday – yay!  Billy Boy is up and at ’em!  He was up yesterday, but all we did was grocery shopping.  Oh, he watched the final 2 games of the NFL season, pre-SuperBowl.  His team – Denver – won its round.  He said it was a very weird game between Seattle and San Francisco – with some terrible refereeing.  He’s rooting for Denver in the Super Bowl!

Monday, we went out late in the morning for a walk.  The weather couldn’t have been more gorgeous  – no wind and high 21C.  We drove through Tombstone (a bit of a tourist mecca if you like that sort of thing – fake gunfights, etc.) then back to the SPRA further north of where we’re camped.  A short walk was all he could manage – and only 2 birds to show for it (nothing new) but it was great to be out on a day like this.  No photos.

Tuessday we just went “next door” (about a mile down the road) to SPRA for a short walk.  Bill forgot his kleenex, so while he waited on the path, I went back to the car to get it.  He photographed this little rodent while I was gone.  Not sure if it’s a yellow-nosed cotton rat, like we saw at Mary Jo’s, but it was about that size. 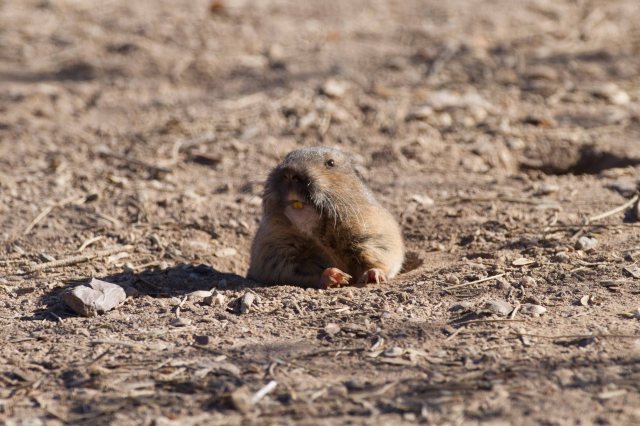 The number of different species of sparrows in that flat, scrub area before the river is quite remarkable – we’ve counted 16!!  Nothing new today, but it was great to be out walking in this glorious weather.  Meanwhile, back at the grounds around the centre, we saw another pair of these pretties, which we have to enter here for Moe (or Ron or Guy!):

High in one of the beautiful cottonwoods was a pair of lovebirds.  Now, maybe few will think of them as looking the part, but they mate for life & these two were definitely whispering sweet nothings in each other’s ears.  They have a huge variety of voices and what we heard was definitely sweet! 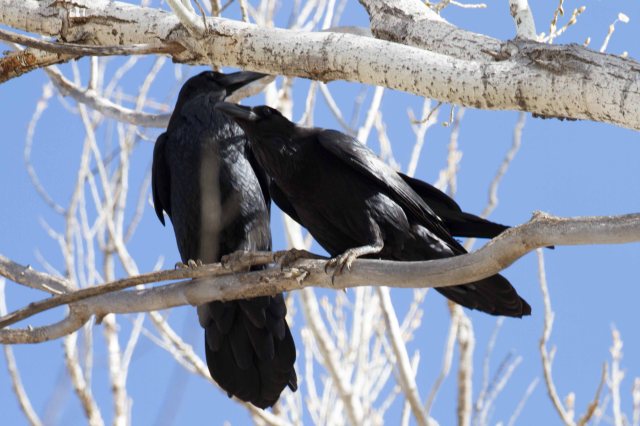 Wednesday we thought we’d try Hunter Canyon.  Rufous-capped Warblers have been seen there, about a mile and a half from the end of the road.  We’d never been there, so not sure what to expect.  Unfortunately, there is a place just a way up the road where people can target shoot, so we had the sound of gunfire accompanying us most of the day (gotta love the NRA).  It was a rigorous climb up an old creek bed, high in the hills.  What great views we had of the surrounding plains and mountains, but no photos.  Bill had his new lens but no polarizing filter, so nothing turned out to his satisfaction.  We had a small mishap, me trying to help him across a particularly steep embankment, where he let go of my hand and I went flying back onto the rocks.  Didn’t hurt myself on the rocks, but my binoc’s hit me on the chin and I now have a nice little bruise.

Friday we finally made it back to Ramsey Canyon – where we’d planned to go when Bill got sick.  It was quite a cool day and a bit of high cloud, but what a beautiful place.  We added 2 new birds to our list, of which got only one photo:  Brown Creeper (can you see him – he matches the tree bark so well, just his little light under-chin and eye stripe sets him off here).

Way up the mountainside we spied the king of the forest (better known as the 8-point buck we found guarding his harem last time).  Below him, one of his harem. 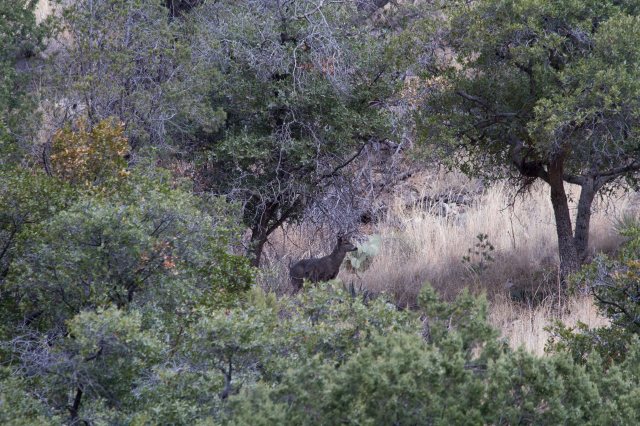 Also found a Hermit Thrush, which are extremely common seemingly, everywhere we go!

There are other types of wildlife around also. 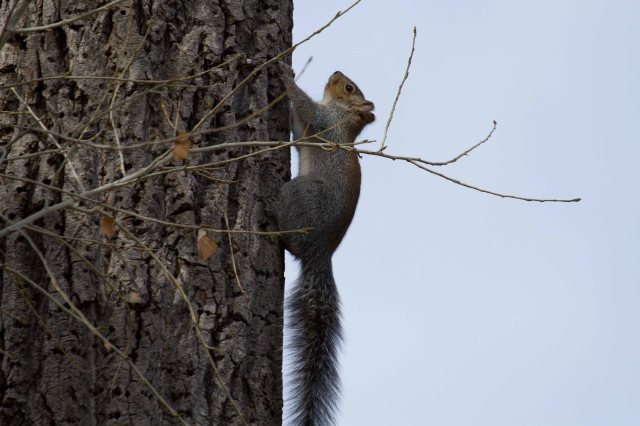 Here are a few scenic photos. 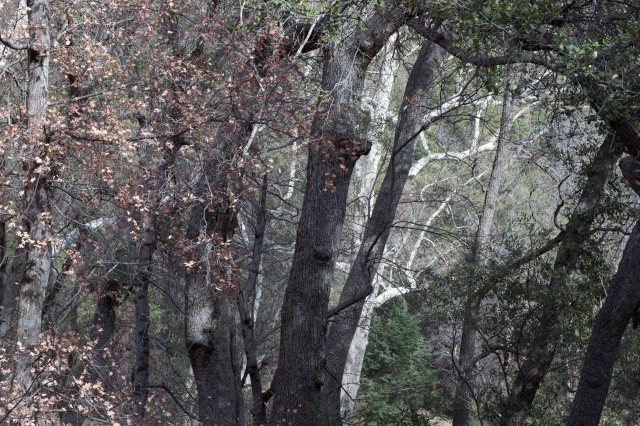 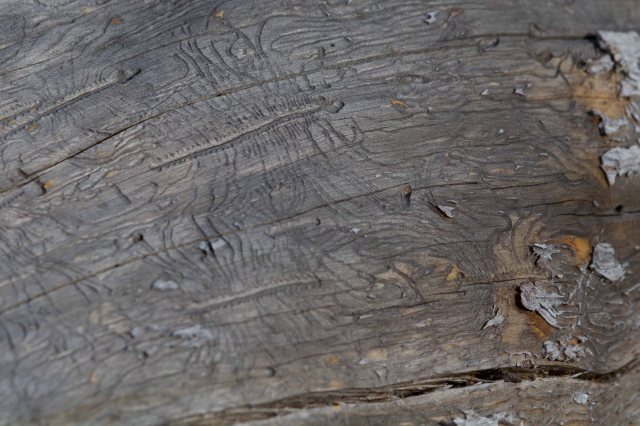 Near the end of our walk we looked closely into the creek and found one of those little bugs which walk on water (water striders I think).  His feet make such interesting indentations in the water that they cast little ovate shadows on the bottom!

ON A SOMBRE NOTE:  my friend, Ann Gallie, passed away early  Wednesday morning, the 22nd, after a heroic battle with cancer.  She’s the one who I mentioned in my last post could mimic the cries of the Sandhill Cranes.  I will miss her – and the world has lost one of its most special people.